As you know, the Lenovo-Motorola setup is present as either Motorola or Lenovo in some countries, while others get both brands. In India there’s a dual brand strategy, that apparently is here to stay. Motorola India’s Sudhin Mathur recently detailed the company’s plans.

We’ve heard recently that Lenovo was slowly but surely phasing out the Lenovo Mobile brand and relying heavily on the Motorola brand in the future. Motorola India’s managing director Sudhin Mathur reconfirmed the dual brand strategy for the Indian market, as Moto gets positioned as the “face of the communications”. This name is preparing for an expanded US presence, via marketing and extensive distribution.

Lenovo had its own projects for a while, including the Phab sub-series, or the externalized brand ZUK, but none as prominent as the Moto brand itself. Such an attempt was done in China in 2015, when Lenovo forced the Motorola brand in China and failed with it. In the US things should go smoother, since Moto is an American company and they invented the cellphone after all.

In India the tandem of Motorola and Lenovo took the number two and three spots in 2016, with Q4 last year bringing them third sport and a 9.9% share on that market. Xiaomi is second with 10.7%, so the group is able to catch up soon. Sudhin also highlighted the potential of the Moto Mods in India. An instant printer and multi SIM snap on case are promised. 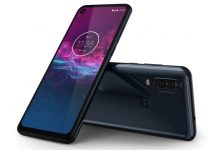 Motorola One Action Launched In India, Priced at Less than $200