Lenovo’s LePhone was handed over to the folks of Mobile Crunch for some hands on quality time @ CES 2010. The result was the video you can see after the break, portraying the Android-based handset in action. LePhone packs a beautiful 3.7 inch 800 x 480 pixel OLED display, it uses volume buttons on the side and a reprogrammable button on the right. 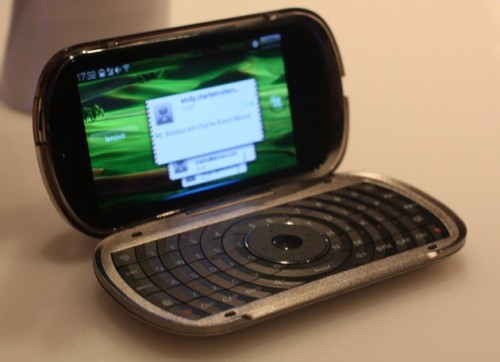 The device also sports a Palm Pre-like area at the bottom, that’s touch sensitive and can be used either as a Home button or for swiping gestures. Lenovo’s new handset runs Android 2.0, plus it uses a dual mode home screen, a Widget Space and a flower petal-like contacts/communication section. 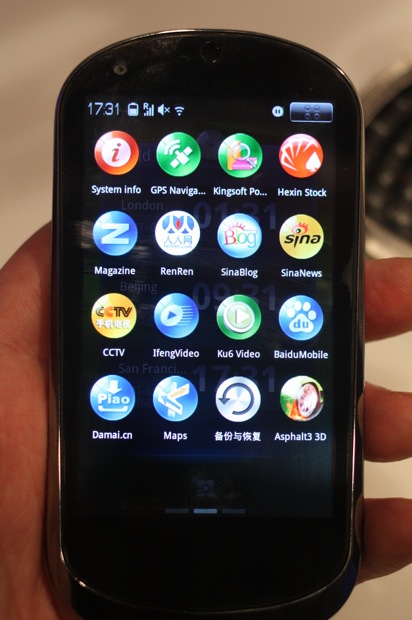 LePhone features GPS, Bluetooth, WiFi and it uses a Snapdragon CPU for the processing power needed to get the apps moving. Media playback is also supported, as well as TV streaming, but the most interesting part of the hands on experience was surely the moment when the optional QWERTY keyboard was attached to the phone via the left side connector.

The keyboard works fine, according to the folks who tested and it seems that this won’t be the only gadget attached to the Lenovo phone via the connector. Expect the device to reach China first and then the US, probably Europe, too.