After seeing the Windows Phone 7 LG E900 handset for the first time a week ago, we weren’t exactly sure on what to make of the device. Luckily, we now have the picture below, a clear image of the E900, that was recently tweeted by Microsoft Netherlands. 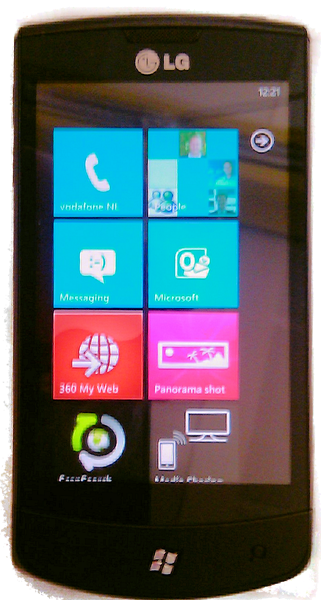 Allaboutphones.nl claims that this phone will be known as LG Optimus 7 and, as you can see, the image above reveals extra WP7 tiles, like the Panorama shot or media sharing. Plus, there’s a Vodafone 360 tile in there, meaning that the E900 could reach this carrier’s offer.

LG E900 doesn’t use the same strange button placement as the C900, which is a good thing, since it keeps the keys on the same level.