Score one for Eastern Europe! As far as we know, LG GD900 Crystal, the first (and very trendy) transparent keypad phone hasn’t been launched in any country yet, so the launch in Romania this month becomes a premiere. Even GSM Arena mentions that the phone should hit the market in August. 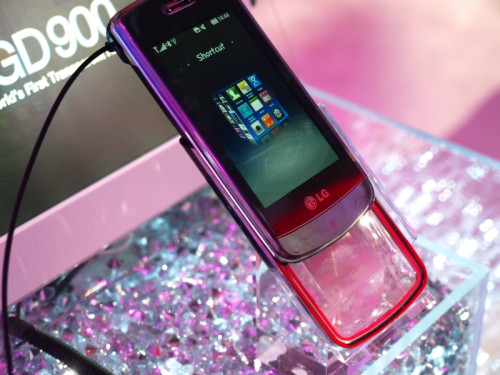 We got this info via the local site Mobilissimo and LG’s Twitter account, saying that GD900 Crystal will be available in both on and offline stores in Romania. Unofficially, the phone will retail for about $500, which is quite OK considering the hotness of the phone.

Announced back in April, the handset comes with a 3 inch 480 x 800 pixel TFT capacitive touchscreen, the S-Class Touch UI, handwritting recognition, an accelerometer, gesture shortcut and a touch-sensitive keypad. Its internal memory is 1.5GB, but you can expand it up to 32GB via microSD cards.

More info about the phone and a quick preview, in the video below: