For all those folks excited with the new MeeGo platform (combo between Maemo and Moblin), we have bad news: one of the first devices that runs it, LG GW990 got canned. This device won’t be commercially available, in spite of being showcased by LG back in January and announced for a H2 2010 release. 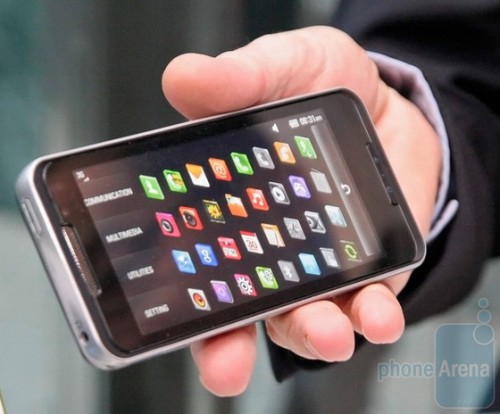 This was LG’s first Intel Moorestown-powered phone, but initially it was meant to run Moblin. Now with the whole merger with Maemo, LG put the handset to concept stage again and announced it won’t be releasing it, after all. It’s such a pity, specially considering the incredible specs on the device: 4.8 inch touchscreen display (1024 x 480 pixels), 3D gaming, a 5 megapixel camera and a multi window UI.

Let’s just hope LG doesn’t can all its MeeGo-related plans, too.