You must be aware of the fact that LG is the number 3 cellphone maker in the world right now, surpassing the likes of Motorola and Sony Ericsson, two companies that had a lot of problems lately. Meanwhile, LG’s president for mobile business, Ahn Seung-kwon takes his time and details the company’s future plans. 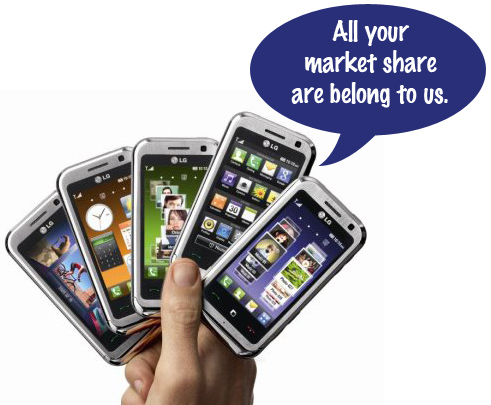 We learn that LG plans on becoming the number 2 cellphone maker by 2012, but that title is hard to rip from Samsung in just 3 years. Mr. Ahn also mentioned that LG will launch a new Black Label handset in Q4, a phone that will rival the iPhone and also a new Prada Phone (LG Prada III).

As if it weren’t enough, the company also wants a slice of the luxury phone market, so it’s going to create a premium brand, just like Toyota’s Lexus and Nokia’s Vertu. Will LG be able to take second place from Samsung ? Will they be able to keep third spot, in front of Moto and SE? Time will tell…