LG Electronics has made a big slash at CommunicAsia 2009, by showcasing a bunch of new handsets, most of them based on the S-Class UI. Among these phones there was also the famous LG Arena (KM900), a multimedia phone that debuted in February and sold over 300,000 units in four weeks. 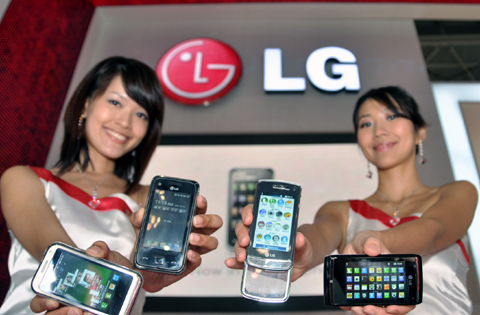 Another pretty hot S-Class UI phone was the LG-GM730 smartphone and the manufacturer also showcased the world’s first transparent keypad phone, LG-GD900 Crystal and the 8MP cameraphone Viewty Smart (LG-GC900). LG-GM730 is a flagship smartphone, that runs Windows Mobile 6.1 and it seems that we’re dealing with a very slim S-Class UI device, only 11.9mm thick.

LG-GD900 Crystal comes with that fascinating transparent keypad we’ve seen in action so many times and this keypad can be used as a touchpad, or just like the trackpad on a laptop. It recognizes handwriting and responds to multi-touch commands, plus it uses a brand new navigation method called Gesture Command (draw symbols on the keypad and they’ll be recognized).

Viewty Smart is also being showcased at CommunicAsia and it’s known as LG-GC900, following the first and very successful Viewty phone (LG-KU990). The latter’s 5MP camera got upgraded to an 8 megapixel one and the new Viewty uses an Intelligent shot mode that analyses scenes automatically and adjusts camera settings as needed.

LG has shown the audience the new 3G Touch Watch Phone (LG-GD910), also demoed at MWC 2009, plus the LG-GW550 smartphone, packing a QWERTY keyboard and business features. There was also an eco-friendly section at the LG booth, including green phones like LG-GM200, LG-GB230, LG-GB106 and LG-GB110.

Now, moving on to technology, the Asian manufacturer demoed the world’s first handset modem chip based on the LTE technology, 10 times faster than 3G HSDPA.