LG’s famous Viewty handset has sold no less than 7 million units from November 2007, when it was launched till now, so we’re eager to have a look at its follow-up, Viewty Smart GC900. The handset will be launched officially this month in Europe, UK to be more precise and you should know that it packs a great 8 megapixel camera.

Viewty Smart is the slimmest 8 MP cameraphone on the market and it comes with the Intelligent Shot Mode, a premiere for this segment. The feature analyses the surrounding environment automatically and intuitively, adjusting the camera settings and taking excellent pics.

LG GC900 will use the manufacturer’s new 3D UI, that incorporates an onscreen selector dial, for easier switching to camera mode. Its light sensitivity has been increased to ISO 1600, while the incorporated LED flash makes all details clearer and crisper, even if the light’s dim. Viewty Smart’s specs list is rounded up by a 3 inch WVGA touchscreen display, ideal for watching DivX or Xvid movies. 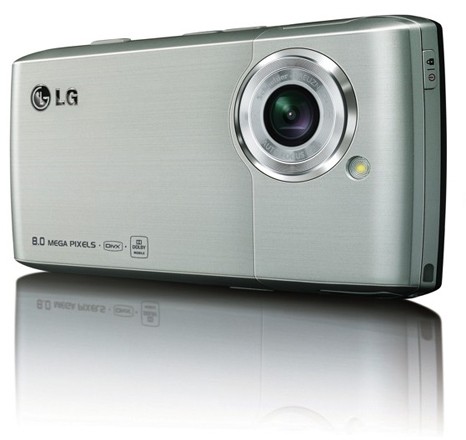 GC900 is also capable of DVD quality video recording and all of these features are packed within a 12.4 mm thick and 102g heavy device. As if this wasn’t enough, LG also announced that it’ll start selling a 12 megapixel cameraphone later this year.