Here’s finally a glimpse of the very first Windows Phone 7 phone, made by LG and shown by Microsoft’s Aaron Woodman during the latest Engadget show. Aaron demos a pretty cool sliding QWERTY smartphone, an LG prototype that runs Windows Phone 7 Series, but don’t expect any specs or details that soon. 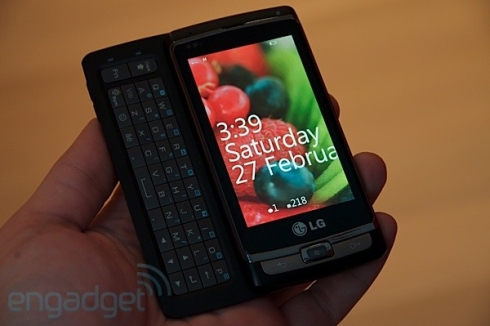 So it seems that HTC won’t be the first company to launch a Windows Phone 7 handset after all, unless you count HTC HD2 and the fact that it’ll get the OS via upgrade (hopefully). Looking forward to taking a sneak peek at Microsoft’s own handset, made by Asus.