Remember the whole Apple iPad leak mess days before the tablet was announced? Part of that mess was the interview McGraw-Hill CEO, Terry McGraw had with CNBC. During the interview, he mentioned details about the upcoming Apple iPad tablet, like confirming it would run the iPhone OS and mentioning its price. Now, his company takes the fall for the CEO’s mistake… 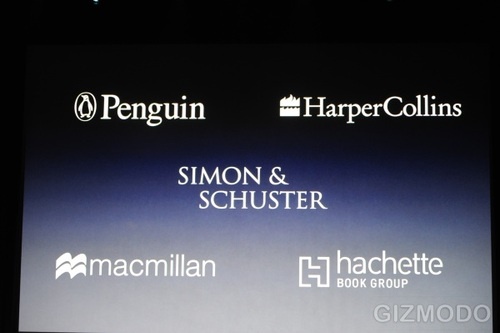 Leaking new Apple products info is not something that Steve Jobs is willing to forget, or forgive, so publisher McGraw-Hill was not mentioned on the slide showing the name of Apple’s publishing partners. Shown in the image above, the list of companies that’ll have their Ebooks available on the iPad does not include McGraw-Hill, probably as a penalty for the leak.

This is a warning, for the next time some company representative tries to leak Apple products.