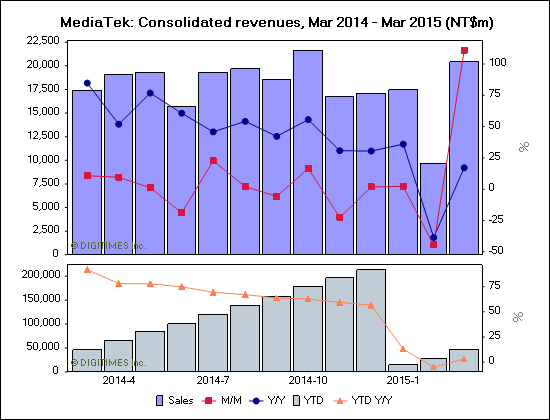 MediaTek is said to register an increase of 12 to 18% in its sales during Q2 2015 compared to the first quarter. Gross margins will fall below 47%, according to experts in the field.

They also claim that any growth lower than 20% in Q2 is a disappointment, meaning that Mediatek hasn’t got back its sales momentum from previous quarters. MediaTek reported consolidated revenues of $1.53 billion for the first three months of the year, 14% lower than the first quarter of the previous year. Some of the company’s Chinese clients have increased their orders, but those shipments will start after May.

MediaTek will hold a quarterly investors meeting on April 30 and they’ve been busy recently, launching the Helio X10 processor, that’s already present on a LeTV smartphone. Then they unveiled two chipsets for tablets in the midrange/lower end area.  What’s next? 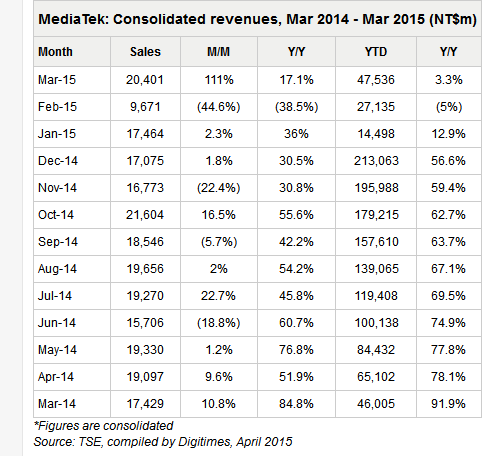