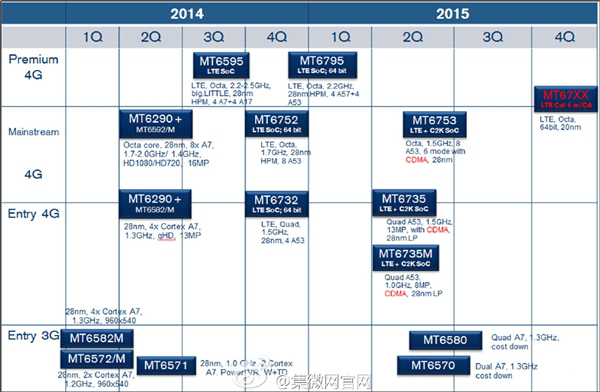 MediaTek has big plans for 2015, that include advancing to the 20 nm production process for its tablet and mobile processors. Their new CPUs will also bring support for LTE Category 6, among others.

The high end chipsets will have to wait for Q4 to get a a release, including 20 nm 64 bit chipsets, from the MT67xx series. Those will get LTE Category 6 and Carrier Aggregation support. From the looks of it, MediaTek is lagging behind Exynos and Snapdragon units a bit, but if you look at the recent benchmarks of a certain Meizu model, they’re doing quite fine with what they have.