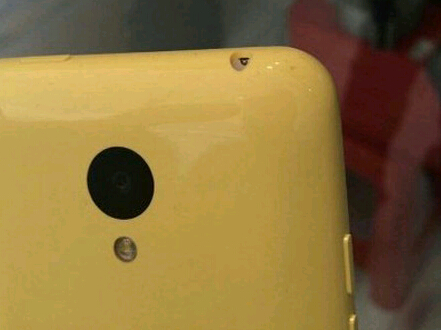 After yesterday we found out that Meizu has a press event scheduled for January 28th, today we see a first leaked image with the M1 Mini smartphone, device that is a compact variant of the M1 Note phablet that was released at the end of last year.

As you can see, this phone keeps the same design with a polycarbonate case that looks a lot like the iPhone 5c. In terms of specs, we might get a 5-inch panel, a 13-megapixel rear camera with LED flash and a 5-megapixel front-facing sensor.

Also, as its sibling, this one will be available too in a couple of different color variations. We expect that its price tag to be placed below $160 (M1 Note). Would you buy it once launched?