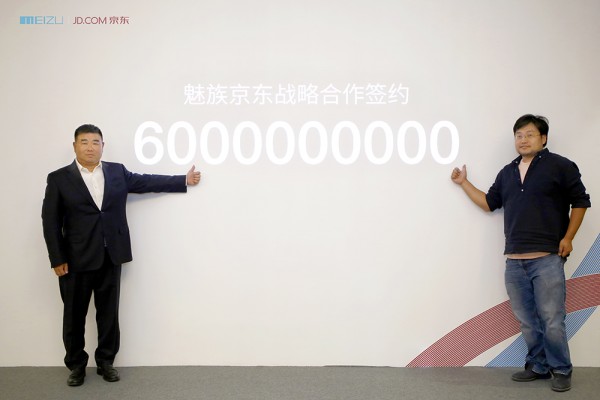 Meizu and Jingdong Mall have signed an agreement in Beijing, worth almost $1 billion, a very impressive partnership for the two companies. Jingdong, aka JD.com or Jingdong Mall is a Chinese electronic commerce firm that has shown interest in Meizu before.

It’s one of the largest B2C online retailers in China, as far as transaction volume goes. It also started worldwide shipping a few years ago. Back in 2012, the two firms signed another agreement, a smaller one. Meizu’s sub brand Blue Charm will be sold on JD and the e-tailer wants to take advantage of Meizu’s momentum, since the company registered a 800% growth in shipments in Q1 this year, compared to the same time last year.

Meizu also opened hundreds of service centers, as it evolves to a bigger player. Of course, the sum of money mentioned above is huge and we’re not sure if it’s worth it, since Meizu is one of the smaller players in China. What about Xiaomi? What about TCL? Is Meizu the new prodigy to look out for?