J. Wong, head honcho at Meizu announced that we’ll see the M8 iPhone clone on the Chinese market starting from Nov. 30th. All that’s needed is a license for the device and it turns out that the first countries to receive the handset will be China and India. Afterwards, the phone might reach Europe, Hong Kong and the US before Christmas, but we must mention that the Chinese version will be the only one to lack WiFi. 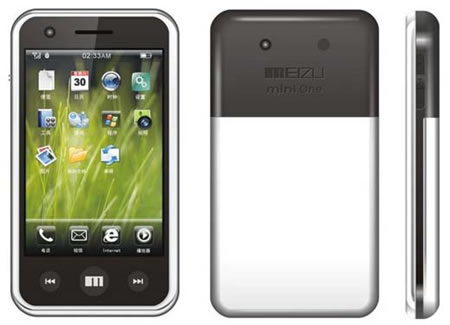 For those of you who are not familiar with Meizu’s device, it uses a customized Windows Mobile-style interface that resembles the one on the iPhone as well. The handset’s web browser is also similar to Safari, while the media player is an iPod copy and the 3G connectivity is out of the picture, so you’ll have to do with EDGE and WiFi.

Meizu M8 also features a 3 megapixel camera and FM radio and it’ll arrive in an 8GB version for $348 and a 16GB one for $421. Now let’s see this phone making it out of China “alive”, legally speaking, as Apple’s lawyers will be hunting it for sure.