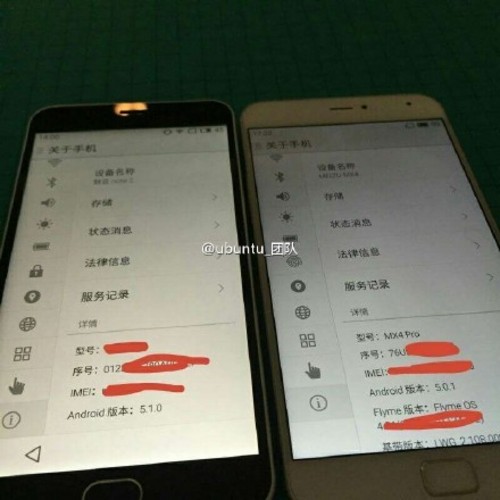 Just a few hours ago we found out about the fact that Meizu will hold a press event on June 2nd in China, conference where M2 Note phablet could be announced. Shortly after this news, a live picture with the phone was published on the Chinese platform Weibo.

From the image above we see that the phone comes with a home button, but according to the information displayed on the screen it seems that we won’t get a fingerprint scanner like the MX4 Pro that is showed up in the right side of the photo.

Another thing revealed by this picture is the fact that the phone will run Android 5.1 Lollipop operating system with the Flyme OS custom interface. It seems that this new phablet will be priced at $150. We’ll find out more about the Meizu M2 Note in the next couple of days.