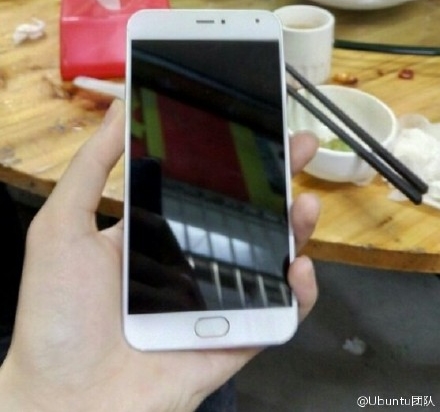 Another day, another leak of the Meizu MX Supreme handset, that showed up again on Weibo in a frontal shot. This is probably the third or fourth image we’ve seen of the device and still there’s no glimpse of its back area.

Last we heard, this model was created through a partnership between Nokia and Meizu. The MX Supreme seems to keep the Home button with supposed fingerprint scanner below the display and there are slight doubts about the authenticity of the picture this time. That’s because of the position of the Home button, that feels a bit off from the horizontal and vertical axis of the device.

Still, the format of the phone fits what we’ve seen before and if you ask me, the lack of a back side picture may be a hint that we’re getting a special main camera. We can only dream of a Pureview cam, especially since it’s been so long since we had a Lumia phone with such a camera, a flagship one, I mean. We hope to see more of this device in the coming days, including a video maybe. Specs wouldn’t hurt, too…