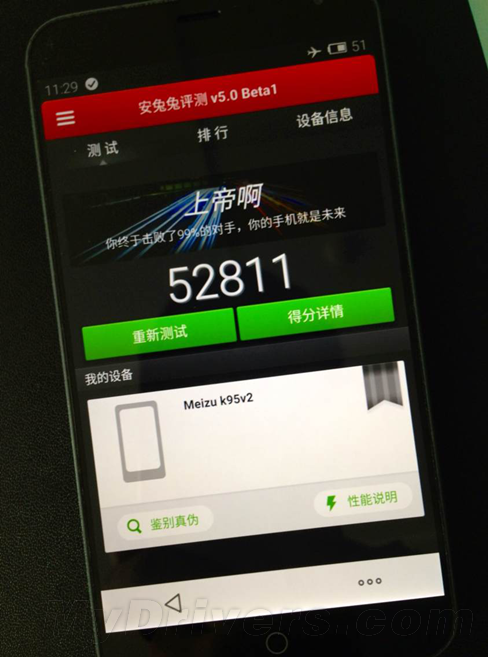 A while ago we published a story regarding the benchmark result of the Meizu MX4, that was in the 35k points area and today a version of the same Meizu MX4 device scores an incredible 52.811 points. This one is also the Standard version, but this time the score is much higher and achieved with the Mediatek MT6595 CPU.

This has got to be the highest score we’ve ever seen on a smartphone with Android on board and it even beats the Tegra K1 model of the Xiaomi Mi Pad, that’s shown below for comprison sake.  As you can see, the benchmark version is also interesting, since it’s AnTuTu 5.0 Beta 1, that may feature different scores from version 4.0. The Meizu MX4 debuts on September 2nd, with 3 or 4 versions launched from the start, among which there’s a Pro version with an Exynos Octa processor (or maybe the new MediaTek MT6795 launched in July) and a Standard one with MediaTek MT6595 CPU. 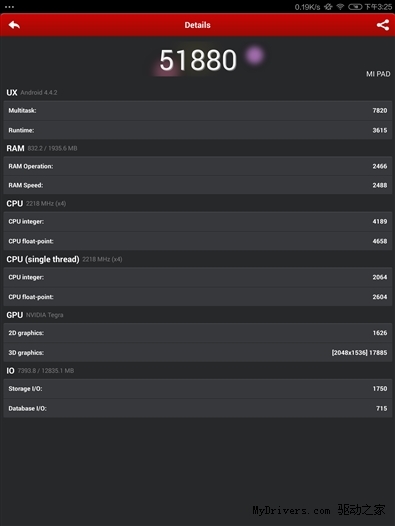 We’ll also get a Mini version and a mysterious fourth version that has yet to be detailed. The Pro unit is the most interesting one, since it has a 20.7 MP camera, a Quad HD 5.4 inch display, the powerful CPU mentioned before and Android 4.4.2 with Flyme 4.0 on top. I find it very hard to believe that the Standard version of the phone is so powerful, so either the benchmark above is wrong or fake. Imagine how powerful the Pro version will be if this is real…