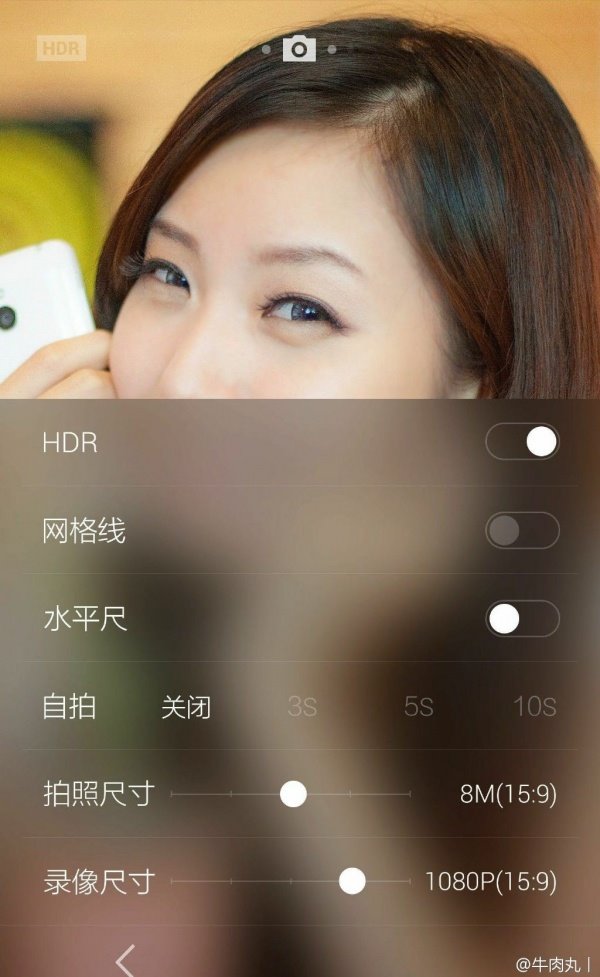 The Meizu MX4 Pro has leaked again, this time in a screenshot that showcases some of the camera’s features and apparently also confirms the screen’s resolution. The original size of the screenshot was 1536 x 2502, pretty much confirming the Quad HD screen.

The screen ratio is 15:9 and at the back we should find a 20.7 megapixel camera with Sony sensor. Features included here are HDR and from what I can see we’ll also be able to film in 4K, since Full HD is not the last option on the slider. The camera UI also looks pretty nice, sort of iPhone-ish, with some transparency in the mix. I’ll remind you that the phone is coming in September 2nd, during a special event, where 4 versions of the Meizu MX4 will be unveiled.

There will be this Pro version, the Mini Edition and Standard edition, plus an extra one, that’s mysterious. The Meizu MX4 will also offer features like beauty face, countdown and probably a ton of filters and selfie options. Less than 2 weeks left till launch!