Good news for mobile gamers: Metal Gear Sold Mobile is now available on N-Gage platforms for about $10 and you can already check out some screenshots from the title below. 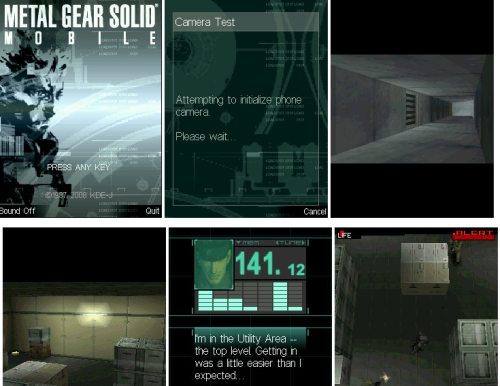 MGS Mobile is part of a long running series of tactical espionage action games, which was spawned in 1987 and is at its peak in 2008, thanks to titles like Metal Gear Solid 4, which surfaced on the PS3 this year and got great reviews.

Now let’s see if the mobile version is at least as good as the PSX Metal Gear Solid title.