MTI Micro revealed a new portable charger a couple of days ago, an unit that uses replaceable fuel cartridges and charges your portable gadgets on the go.

The prototype you can see below is the MTI Micro Mobion, based on cartridges of liquid methanol, used as fuel. One such cartridge provides about 25 hours of power for your devices. 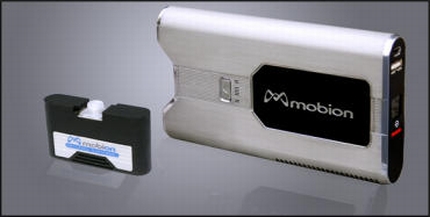 Once the fuel runs out, you pop out the cartridge and replace it with a new one, but we’ll have to hear the price of MTI’s units before starting to think about virtually endless battery life. The company claims that their product will become commercially available toward the end of 2009, allowing you to recharge your handset 10 times, power an MP3 player to play 10,000 songs or just watch 100 hours of video.