After last week Micromax launched on the market one of their first Android 4.4 KitKat smartphones named Unite 2 A106, now a new device with this OS preinstalled showed up on eBay.in. The device it’s named Micromax A091 and as the Unite 2 A106 comes with a low price on the market. 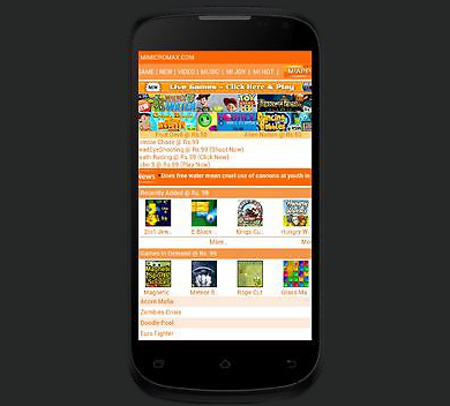 The Micromax A091 packs a 4-inch display with a 800 x 480 pixel resolution, a quad-core processor clocked at 1.2 GHz, 512 MB of RAM, 4 GB of internal memory, a microSD card slot, a 5 megapixel main camera and a 0.3-megapixel front-facing camera. We also get dualSIM slots with dual-standby.

This new budget smartphone will offer 3G HSPA+, WiFi 802.11 b/g/n, Bluetooth, GPS, a 3.5 mm audio jack and a 1.500 mAh battery. Micromax Canvas Engage A091 it’s listed on eBay.in at a $105 pricetag, but we expect the price to be more accesible once the smartphone it’s officially released.