After in January we find out that Sony plans to launch a Windows 8.1 device on the market thanks to a partnership with Microsoft, now we can take a little look on an image that reveals the possible design of the first Sony smartphone with Windows Phone 8.1 operating system. 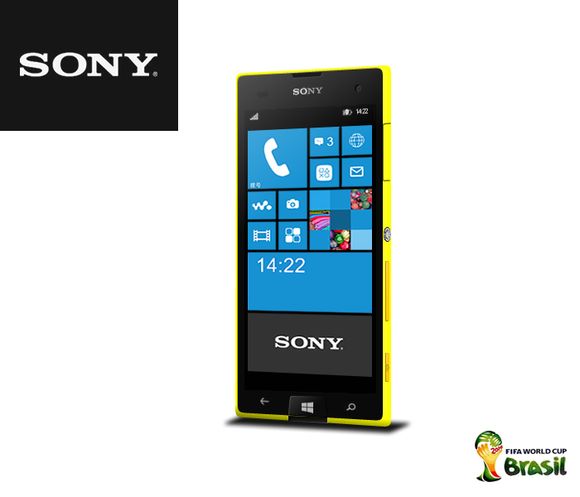 As you can see in the picture above, the device looks pretty much like a Lumia smartphone, but it also has some specific components like the power/unlock button found on the Xperia range of devices.

The picture seems a little bit fake because of that Windows home button that looks a little bit weird. However, we see the FIFA World CUP 2014 logo on the left side of the picture, an element that could suggest a possible launch of this Windows Phone 8.1 Sony smartphone in this summer.