Recently on the Indian market, Micromax announced a new smartphone device called Canvas Silver 5. Unlike other devices launched by this producer, this one got a special press event where the local media had the chance to take a closer look on the new phone that measures only 5.1 mm in thickness.

From the design point of view, Micromax Canvas Silver 5 seems to look a lot like the 5.15 mm thin Gionee Elife S5.1, but between them we have some differences. Among the phone specs we have a 4.8 inch AMOLED HD display, 2 GB of RAM memory, and a quad-core Qualcomm Snapdragon 410 processor on 64-bit. Unfortunately, the microSD card slot is missing. 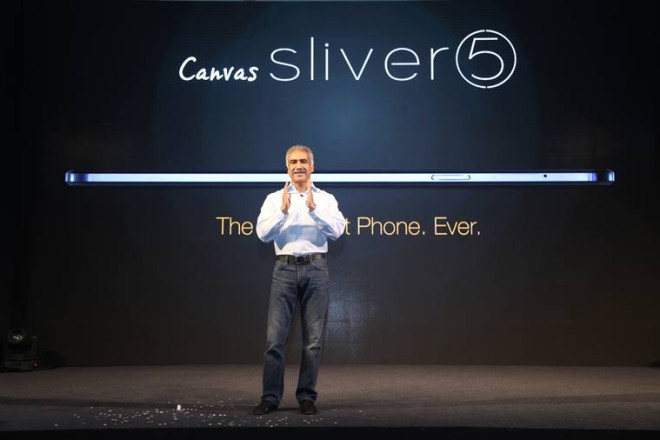 There’s 16 GB space of internal storage, a 8-megapixel Sony IMX219 rear facing camera, a 5-megapixel selfie sensor and a 2.000 mAh battery. Micromax Canvas Silver 5 weighs just 97 grams and measures around 5.1 mm in thickness. Its price will be around $280.