After a long period of chasing rumours and speculations, Microsoft has just announced the Zune HD today, also revealing the specs of this beautiful gadget. It’ll surely be an iPod Touch challenger, since it features multitouch and a web browser, but will it take over the market? 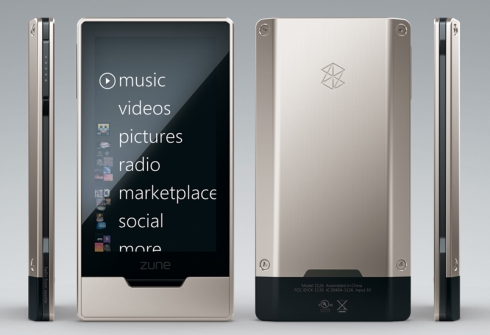 This is the first Zune version to feature a touchscreen, a 3.3 inch 16:9 widescreen capacitive OLED with support for multitouch and a resolution of 480 x 272 pixels. Zune HD comes with HD radio and HD (720p) video out and it also packs an accelerometer and a web browser based on Internet Explorer, plus WiFi.

As previous rumours claimed, the new Zune will integrate some of the options of the Xbox environment, although much is not known at this point. We found out that Zune’s video marketplace is set to replace Xbox Live, but we’ll probably learn more at E3. As far as release date is concerned, Zune HD will hit the market in Early Fall, but storage capacity and price are a mystery.