Supposed to be the next big thing or the next Sidekick, Microsoft’s Kin One and Two phones seem to perform poorly, as claimed by the folks of BusinessInsider. They mention that the handsets sold no more than 500 units, which is pretty much a disaster for Microsoft and the handsets’ maker, Sharp. 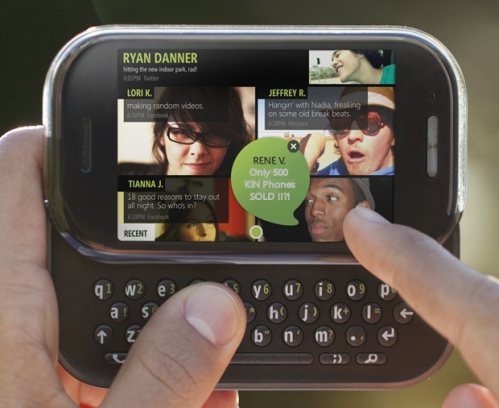 Although this is a mere rumour, we have to admit that MS didn’t release any sales figures and the reviewers were also disappointed with the device, criticizing its limitations and cost of ownership.

Let’s just hope that this supposed failure doesn’t discourage the Redmond giant, because we’ve seen Dell also failing at first, when getting into the smartphone game and then showing the world some incredible phones to come this year. Windows Phone 7 will certainly mend the wounds…