Home Microsoft Microsoft Lumia 435 Is Currently Tested In India; Expected To Be Priced... 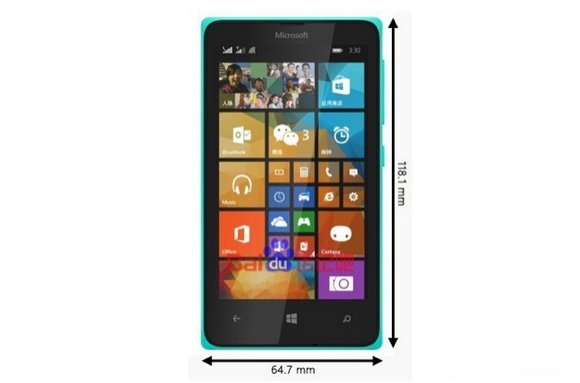 Even if the rumors arrived yesterday suggested the fact that Microsoft prepares the launch of a new device called Lumia 330, today a new bunch of information let us know that the phone behind the picture leaked is called actually Microsoft Lumia 435, device that is currently tested in India.

Microsoft Lumia 435 will bring a 4-inch display with a 800 x 480 pixel resolution, a quad-core Qualcomm Snapdragon 200 processor, a 5-megapixel rear camera and a polycarbonate casing. Is expected that once launched in stores, Microsoft Lumia 435 to be priced below the $80 tag.