Home Microsoft Microsoft Lumia 940 Specs Gets Leaked; We May Get 3 GB of... 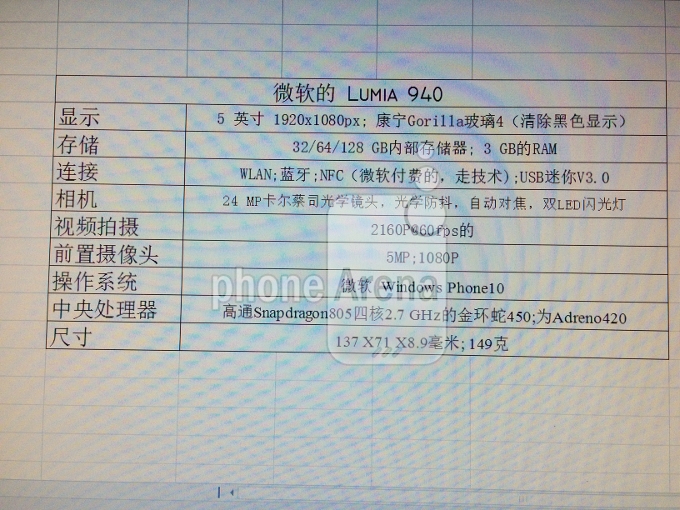 Beside the Lumia 535 and the Lumia 1330, devices that may be launched tomorrow during a press event, Microsoft is currently working on other devices too, like the successor of the Lumia 930, a phone that was officially released on the market in this Spring. 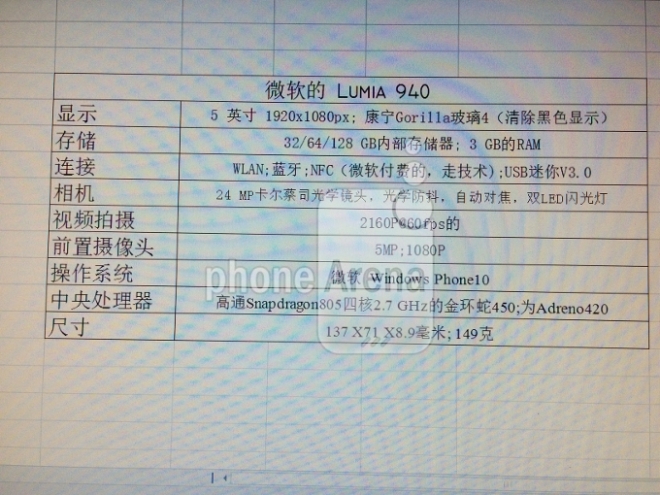 Through a photo that arrived today on the web, we get the chance to take a look on a spec list of the Lumia 940. Taking in consideration the fact that this new flagship could arrive in the Spring of 2015 on sale, we suppose that we’ll get the latest mobile version of the operating system, more precisely the Windows 10.

As you can see, Microsoft Lumia 940 may bring a 5-inch Full HD display with Corning Gorilla Glass 4 layer applied, a solution that wasn’t announced until now, a quad-core Qualcomm Snapdragon 805 processor clocked at 2.7 GHz, 3 GB of RAM, a 5-megapixel front-facing camera and a 24 megapixel rear camera.

Another thing revealed by this document is that the main camera of the device will be able to shoot at 60fps in 4K Ultra HD resolution. According to the source, Lumia 940 will weight 149 grams and it will measure 8.9 mm in thickness. How these first specs look for you?