Mike Rowe, from Dirty Jobs seems to like the new rugged Motorola Android phone, dubbed i1. This iDEN device fits the bold man and his risky endeavours, specially since he’s managed to destroy around 7 phones in the 5 years of working for “Dirty Jobs”. 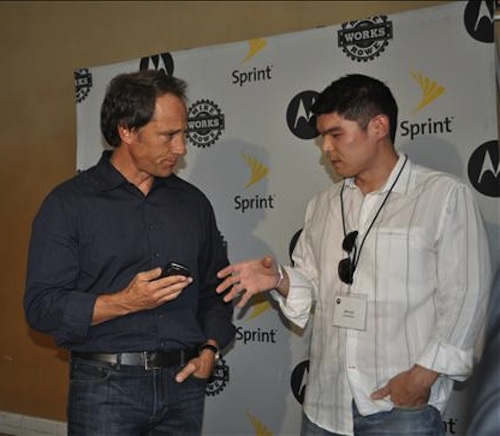 Motorola i1 is heading for a Sprint release and it complies with 810F military specifications for rugged design, so it’ll withstand dust, shock, vibration, water and much more. Mike Rowe seems pleased with the device and claims that he’ll use it over the following seasons of the Discovery show he’s on.

We remind you that Moto i1 packs a 3.1 inch capacitive touch display, a 5 megapixel camera with LED flash, GPS, WiFi, a 2.5mm audio jack, a microSD card slot, Android 1.5 OS, but it lacks 3G connectivity. This lack is compensated by the presence of the Opera Mini 5 web browser, catering to your web needs.

Here’s Mike praising the Moto i1: