Home Android Moto 360 Second Gen to Debut on September 8th, According to Official... 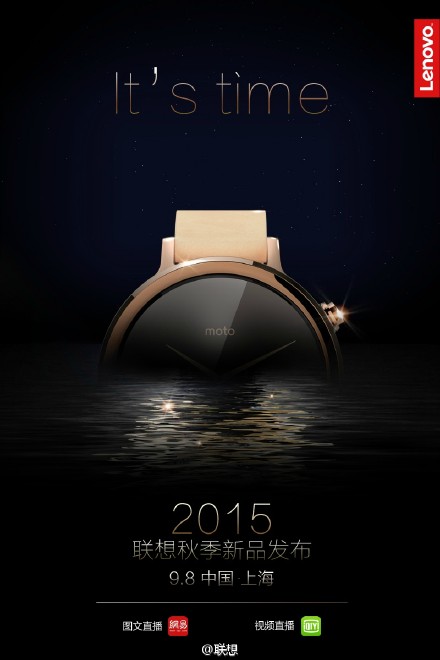 Several leaks of the Moto 360 second gen have happened over the past days, leading us to believe we’re very close to its debut. Now we also have proof in that regard, as Lenovo has posted a teaser of an event happening on September 8th. Here it is:

It’s clearly showing the shape of a rounded watch, most likely the Moto 360 2, as it emerges from water. This hints at potential waterproofing for the device and in case you’re wondering why Lenovo is doing this, they’ve recently announced that Lenovo Mobile will be dissolved into Motorola. Motorola Moto 360 second gen is expected to have two versions, including a sport one made of anti allergenic material like some sort of polyurethane.

The new smartwatch will run Android Wear and it’s said to come in two sizes: a 42 mm one with 1.37 inch screen and a 46 mm one with 1.55 inch screen. A stainless steel case is also rumored here, as well as 512 MB of RAM, 4 GB of storage a 400 mAh (or less) battery and support for WiFi and Bluetooth 4.0 connectivity. Obviously, we’re getting an accelerometer, gyroscope, barometer and also a heart rate monitor.