Moto G has leaked again, once again via @evleaks, who also published some specs of the device a while ago. Things aren’t very clear as far as specs are concerned, but at least we have an idea of when the launch will go down. 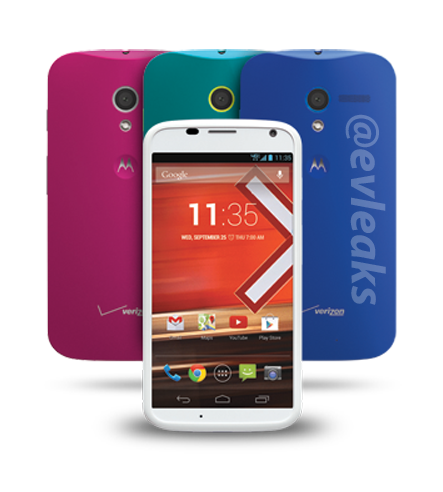 Motorola already teased the device for a November 13th released, through a special event. This device was said to feature a quad core 1.5 GHz Qualcomm CPU and while @evleaks said it will have a 4.7 inch HD display and 8 MP camera, there was a leaked leaflet saying that the display will be in fact a 4.5 incher and 5 MP cam at the back.

The device will run Android 4.3 Jelly Bean and support HSPA+ connectivity, 8 GB of storage, GPS and NFC. Interestingly enough, the leaflet that leaked the pic also mentions a price tag of 160 euros, which is very affordable. How will be able to tell between the Moto X and Moto G?