As the Motorola brand is slowly phased out and replaced by “Moto by Lenovo”, we uncover the first leaks of the devices bearing the new brand. The new brand will be applied from July 2016, according to a Lenovo executive, but till then we see the leaked pictures below.

Supposedly snapped in a factory making these devices, the handsets may just be the Moto G (2016) and the Moto X (2016). These are early prototypes and we see that at least one of them sports a metallic body and a bad side that looks like an iPhone 5s combined with a Nexus 6P. Then there’s the plasticky model, probably the Moto G, with a colorful pink case and other versions.

The camera cutout is even bigger and more oval now, possibly leaving room for dual cameras, a fingerprint scanner or even back volume buttons. The higher end metal phone looks very slim and quite wide, so it fits the profile of a high end Moto X unit. We’ll probably see more of these soon. 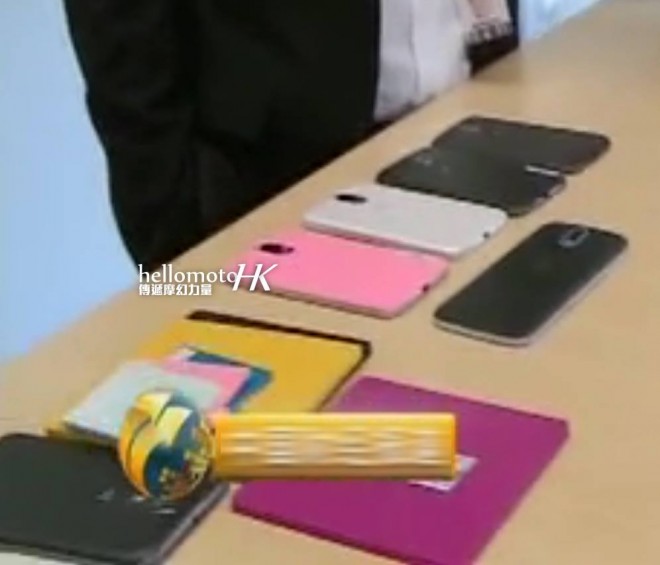