Motorola has just launched on the Latin American market a brand new model of Android smartphone called MOTOGO! TV. This device stands out because it has dual SIM capability and a built in TV tuner, as shown by the antenna below. 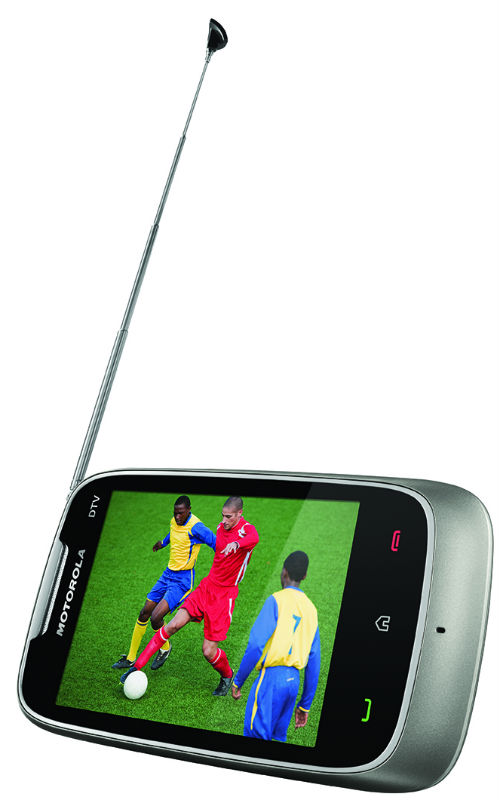 We’re dealing with an Android phone that supports two SIM cards and offers protection from dust, dirt and water. It will launch on the Brazilian market for the price of about $195. The device also comes with a 3.2 inch touch display, FM radio, a microSD card slot and a 3 megapixel camera. Other specs include WiFi and 2GB of storage.

I never understood why TV tuner phones are big in Asia and now apparently in Latin America as well. In the Western world they’re not, since there’s WiFi everywhere and you can get your share of TV via wireless/streaming or special websites/apps. However, in the emerging markets wireless connectivity is still lacking, but TV signal is available all over, so maybe that’s why there’s this love for TV features.