If you’re a Ferrari fan and live in Brazil, you may want to know that Motorola and Nextel teamed up and came up with a Ferrari phone. This is not their first attempt at this, since they already have the Motorola i897 model with Ferrari branding. Now there’s a new Ferrari-inspired device called Motorola i867 Ferrari. 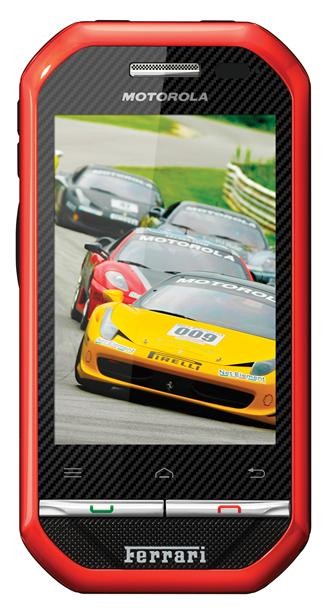 The handset runs Android 2.1, so it’s not your average high end luxury phone, but rather a lower end device. We’re dealing with a handset that sports a 3.1 inch touchscreen, integrated GPS, integrated WiFi, Bluetooth 2.1, a 3 megapixel camera with 4X zoom and push to talk. Other features include 200MB of storage, a microSD card slot and there’s also a 2GB microSD card bundled with the device. In Brazil the product retails for the equivalent of about $700, which is huge.

For that kind of money you can buy 3 Nexus 7 quad core tablets and you’ll still have money left. And the price on contract with Nextel Brazil isn’t that good either: around $300. Last I heard, Brazil was the country with the highest phone prices in the world, so this doesn’t surprise me.