Motorola has just confirmed the rumors related to the Droid 2 smartphone, that it will sell via Verizon Wireless. Also, they announced a special version of the new Droid, connected to the Star Wars universe and dubbed R2-D2. This will be a limited edition unit packed with unique content and sporting an original design. 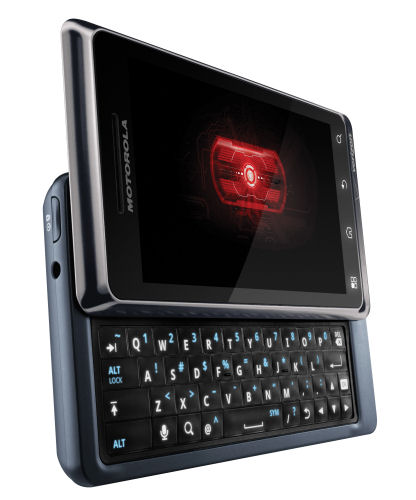 Droid 2 comes with Android 2.2 as the default OS, a brand new keyboard, that replaces the d-pad with arrow keys, an improved CPU, Adobe Flash Player 10.1 and 3G Mobile Hotspot features. The keyboard has been redesigned, comparing to the first Droid and its keys are now raised and symmetrical, very responsive and user-friendly.

Swype touch input is supported, too, as well as full push corporate e-mail, quick messaging, a virtual multitouch keyboard and speech to text input. The R2-D2 version of the phone honors the Star Wars saga and it’ll debut online in September, with a case resembling the famous movie’s robot sidekick.