Motorola Droid 2 has been continuously leaking on the web over the past days, either as genuine photos of the device up close and personal, or confirmed specs. Now, we can see a shot of the handset’s screen, confirming that it’ll debut with Android 2.2 Froyo on board. 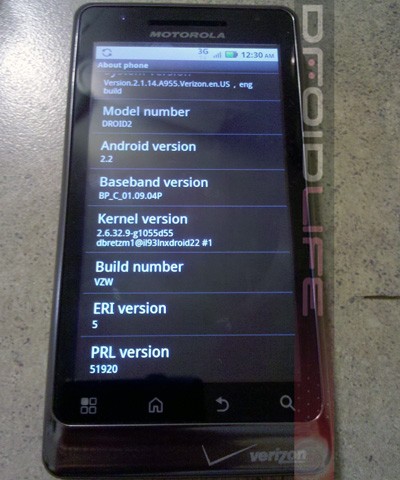 This QWERTY brethren of the Droid X will have Froyo as its default OS, when it debuts in August. There’s also a Droid Life tipster out there who played with the smartphone and claims that its keyboard is “phenomenal” and it feel better in the user’s hand than the original.

Last we heard, August 12 was the date of choice fro Droid 2’s debut, but don’t bet your house on that.