Now with Verizon Motorola Droid out and all, we’re starting to learn more about the potential of the handset, as days go by. Qik has just announced that it has enhanced its Android client, in order to support Android 2.0 and the Droid hardware, showcasing the features of the phone. 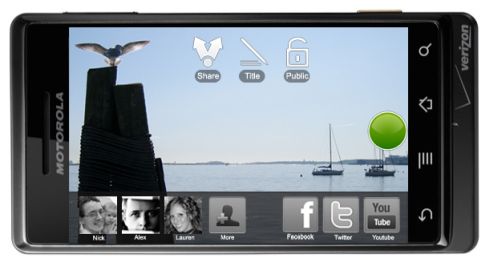 There will even be a high-res Qik client for Droid, available as a beta version and support DVD resolution video capture. Motorola’s new Android phone is able to capture 720 x 480 pixel videos, a first for any live mobile video provider. The UI of the app has been reworked, in order to support Droid’s high res screen.

Qik can be downloaded via the Android Marketplace and installed on Droid, plus it’ll come with the Qik Speed Sharing Ribbon feature, making video content sharing easier. This can be done via Facebook, YouTube, Twitter and other services of this kind.