It appears that for some reason handsets make it into the news each time they’re released in an unusual color version. Such is the case of the Motorola Droid RAZR M, that’s now available in platinum color on Verizon. The new flavour of the device originally appeared on sale on Best Buy’s site last week and now Moto confirms it. 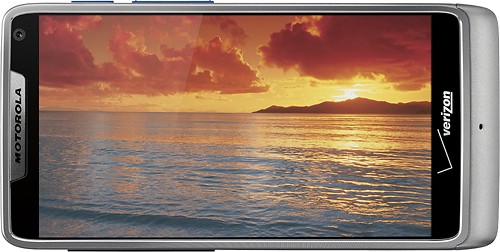 The device has the same internal hardware as the original RAZR M, but on the outside you get a new coat of platinum paint. The front is still covered with some black in some areas, but the sides and buttons are changed now. The Droid RAZR M goes for $49.99 on a 2 year contract on Verizon and it seems to be a Best Buy exclusive for now. Motorola is saying that the quantities are limited, so hurry up and get one for your hubby at Valentine’s Day.

The device was launched in September last year, it measures 8.3 mm in thickness and weighs 126 grams. It’s splash resistant and the Motorola Droid RAZR M was actually one of the first almost edge to edge display smartphones out there. It has a Super AMOLED 540 x 960 4.3 inch display, 8 GB of storage, 1 GB of RAM, an 8 megapixel camera and Android 4.0.4 with Jelly Bean update available. Inside there’s a dual core 1.5 GHz Krait CPU.