A bunch of crazy programmers wanted to overclock the Motorola Droid handset, in order to make it faster than the Nexus One and they eventually did, as you can see below. Thus, the device’s CPU reached 1.1GHz, although the Droid usually runs at around 600MHz. 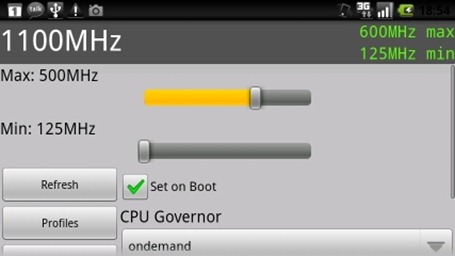 It’s true that the speed of 1100 MHz was dangerous for the device, but the stable and decent speed is 800 MHz. In order to perform this stunt, you’ll need to root your Droid unit and upload a new firmware, next.

You can find the full instructions here, if you want to mess with the handset.