Verizon’s Motorola Droid X is not even out yet and we’ve already found a hands-on experience with the device, created to show Adobe’s Flash 10.1 Player for Android running on the handset. This is great news for people who already placed a Droid X pre-order and the only thing left to crave for, on this handset is Android 2.2. 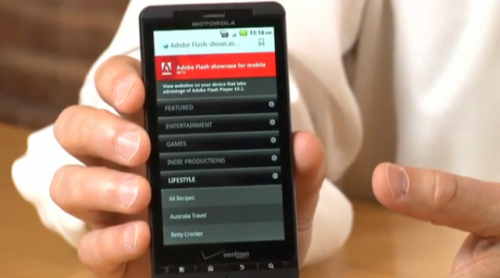 As you can see in the following video, the Android Flash 10.1 Player looks great on a 4.3 inch display, either shown off as games or videos. As far as the Droid X is concerned, its launch is only a week or so away and ads have already started popping up. Verizon pushes this device, just like it did with the first Droid, through an excellent advertising campaign.

Considering that Droid X doesn’t debut with Android 2.1, expect Flash and Froyo to reach it in late summer.