Moto i9 got leaked and announced a while back by Sprint/Boost Mobile and now we’re even closer to is launch, as mentioned on the carrier’s official site. The device will be available for $299.99 and it’ll pack a GPS, an enhanced MP3 player, a digital camera, wireless web and a handsfree speakerphone. 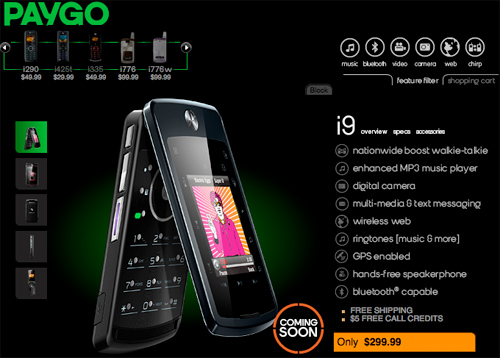 Moto i9 is Bluetooth capable and it uses a nationwide boost walkie-talkie feature, plus multimedia text messaging. Any new handsets at MWC 2009, Motorola?