Motorola has just announced the Milestone handset in Europe, as the first Android 2.0 device to hit the continent, debuting in Italy and Germany in the next weeks. The handset is also known as Motorola Droid and is included in Verizon’s offer in the States. This Android 2.0 phone is a very impressive slider, that’s only 13.7mm thick and packs a QWERTY keyboard. 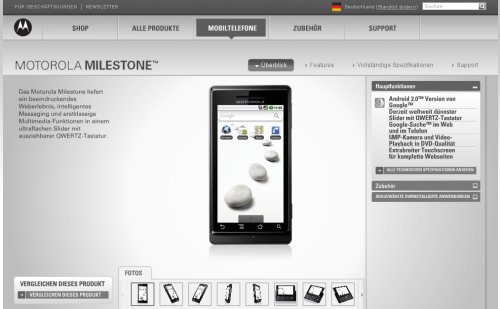 Milestone’s display is multi-touch capable and it supports pinch and zoom gestures, plus you also have to remember that this phone is capable of multitasking, a very important feat nowadays.

The famous suite of Google apps (Maps, Mail, YouTube) is also bundled with the device, that incorporates a 3.7 inch widescreen display, a 5 megapixel camera with dual LED flash, Bluetooth Stereo support, a 3.5mm audio jack and it uses CrystalTalk Plus technology. 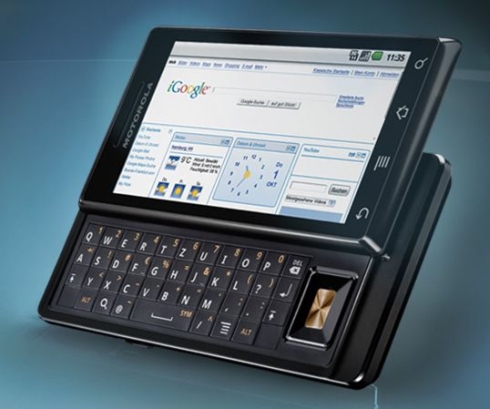 There’s also a GPS on board, together with support for Microsoft Office Contacts, Google Talk, Calendar, Exchange, turn by turn navigation via Motonav and email features. You can check out the product page of this handset right here and have a look at the promotional video below for a quick preview of the phone: