Sony Ericsson has finally announced its first Android smartphone, the XPERIA X10, also known as Rachael or the X3 and we remind you that this is a touchscreen-based candybar handset with a pretty impressive display and a 8.1 megapixel camera. 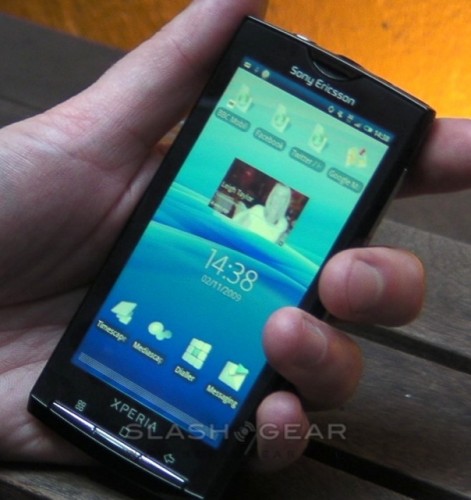 The folks of Slashgear were present in London, as the device was announced and managed to spend some time with it and test it. For starters, we have to mention the 4 inch capacitive touchscreen display, with a 480 x 854 pixel resolution, but without  multitouch. The OS running on it is Android 1.6, in the standard version, plus a custom skin and two new apps (communication aggregation and media aggregation).

XPERIA X10 supports UMTS 3G HSDPA/HSUPA connectivity, plus WiFi b/g, Bluetooth 2.1 and GPS and there’s a 1 GHz Qualcomm Snapdragon CPU underneath the case, for extra fun. A 3.5mm audio jack is also on board, plus a microSD slot, that will be put to good use by the 8GB card bundled with the handset. Timescape and Mediascape are the two new apps we’ve mentioned, but they’ve got their features integrated into each of the native Android apps. 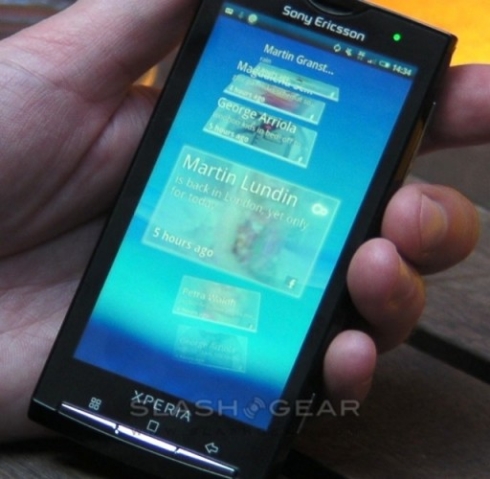 Timescape is all about events and a stream of calls, photos, updates via Twitter and Facebook, while Mediascape works just like Timescape, but with audio, video and image content. While in Timescape, you can press the Infinity icon, to learn everything there is to know about a contact (Twitter updates, email, photos, face recognition is also involved, plus all that can be found online).

Pressing the Infinity icon in Mediascape will display all the same content related to the one you’re searching for, the artist and online info. In case you want more info, the full Slashgear experience is detailed here and there’s a video of the X10 in action below: