FCC’s webpage shows a brand new Motorola handset, that seems to be a slider and odds are that this is Morrison, Moto’s first Android phone. Of course, this info is not official, but if the handset is really coming soon, it should hit T-Mobile, like the rest of the Android devices. 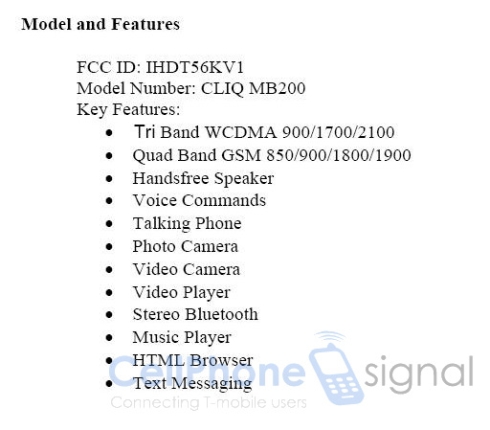 The preliminary specs of the phone include support for quad band GSM connectivity, global roaming and UMTS tri-band global 3G. Moto Morrison should also pack a Li-ion battery, a touchscreen display, a microSD/microSDHC card slot and a QWERTY keyboard.

We also expect the handset to come with predictive text input, WiFi, Bluetooth, voice recording, email, voice commands and a HTML browser. Wow! 3G, WiFi and Android on T-Mobile at the same time, in a Moto device? Now, that’s special!