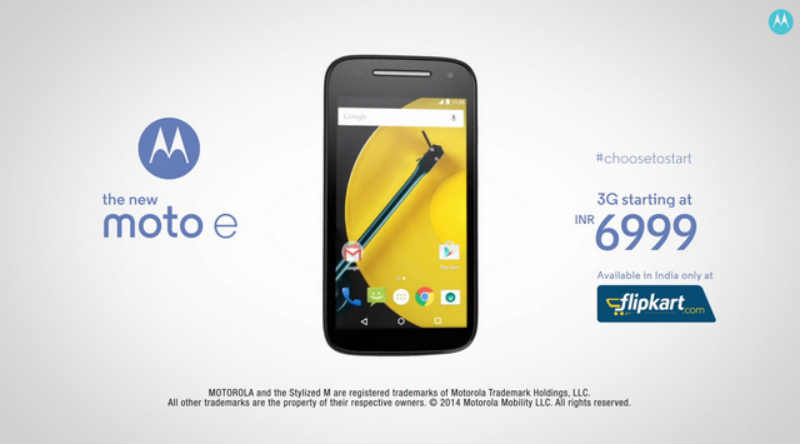 Yesterday Motorola Moto E, the second generation debuted out of the blue, with boxes of the device being sent out to major tech publications. Now the device gets listed in India, for a very affordable price. 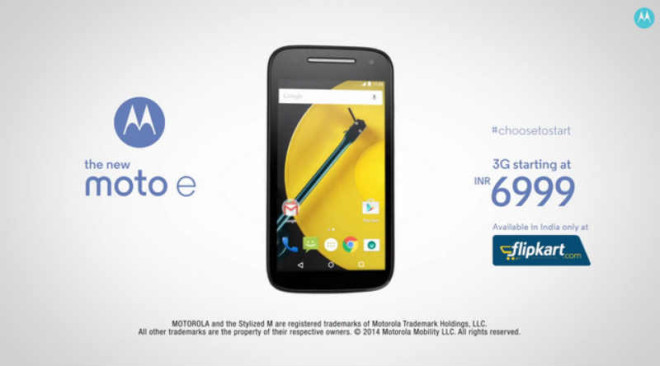 The unit has two versions, a LTE one and 3G one, with the latter being priced at $113 on Flipkart. The new Moto E debuts at the same price as the old one, apparently, while the old one is now a few dollars cheaper. In the US, the LTE version is priced at $150, while the 3G one costs $120. This smartphone increases the diagonal size to a bigger 4.5 inch IPS LCD and keeps the qHD resolution.

There’s also Gorilla Glass 3 protection, 1 GB of RAM and a quad core Snapdragon 200 CPU with Adreno 302 GPU. At the back rests a 5 MP camera, while at the front there’s a VGA shooter. Other specs include 8 GB of storage, a microSD card slot and a 2390 mAh battery. Android 5.0 Lollipop is preinstalled.