Motorola’s Moto G Power series has been a landmark for battery phones for a while now. The latest model in the series is the Moto G8 Power, unveiled in February and pretty much a celebratory phone, that came just as Moto reached 100 million Moto G units solid worldwide. We’re dealing with a 5000 mAh battery phone still, but one that adds a quad camera in the mix, plus a set of stereo speakers. The price is around $200, maybe less in some outlets and we unboxed the device below.

This quad camera Android 10 phone has a plastic body, but also seems to adopt an aluminum frame. It’s available in the Smoke Black or Capri Blue hues and we have the latter. Inside the box we find a silicone case, a SIM key, an 18W charger, an USB-C cable, the manual and a silicone case. The smartphone doesn’t have IP68 protection, but it has a minor splash protection. It measures 9 mm in thickness and weighs 197 grams, which is 0.3 mm thicker and 4 grams heavier than the predecessor, Moto G7 Power. 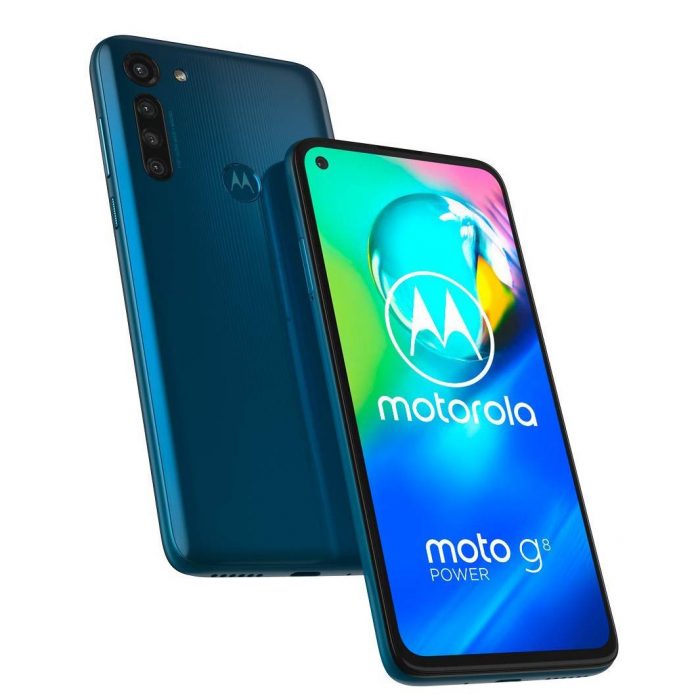 The screen now has narrower bezels and we’re treated to an IPS LCD screen here, a 6.4 inch Full HD+ one, with the camera in a punch hole at the top left side. Inside the phone there’s a Qualcomm Snapdragon 655 processor, an 11 nm unit, that upgrades the Snapdragon 632 of the Moto G7 Power. There’s also 4 GB of RAM and 64 GB of storage, plus a microSD card slot, which shares the second SIM slot. A 5000 mAh battery is still the selling point, together with 18W charging.

Camera-wise, there’s a 16 megapixel shooter upfront and at the back we have a quad setup, which goes like this:

The camera also has an LED flash, 4K video capture and the usual Moto Gimmicks, like Cinemagraph, Cutout and the unusual Portrait slider with dotted landmarks. Then we also found an audio jack on board, a fingerprint scanner at the back and on the connectivity front we’ve got WiFi b/g/n, Bluetooth 5.0, GPS and an USB-C port. Android 10 is the OS of choice here, with some Moto modifications, like the camera UI for example, or the Moto Actions, with extra gestures for controlling apps or functions.

This feels like a pretty beefy and massive phone, but still excusable for a battery phone. It doesn’t reach the heft of a gaming phone like the ASUS ROG Phone II or the iPhone 11 Pro Max. It’s a bit slippery sans the case and the screen has a decent top brightness, around 450 LUX or so. I’ve tested the camera and It’s quite OK, even though its UI is not quite as snappy as I’d like it to be.

We’ll be back with a full review soon and I can tease you with the fact that the battery here doesn’t seem to impress as much as it did on the Moto G7 Power. You can get one here.