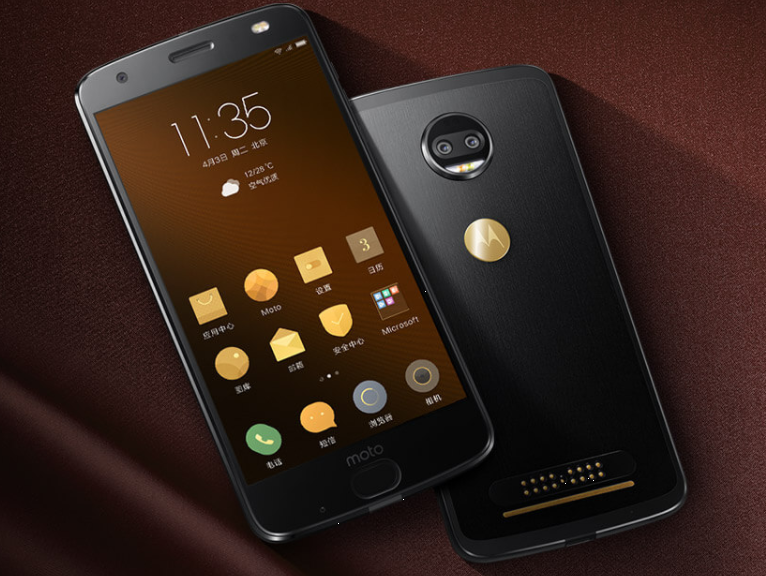 Believe it or not, there’s a new Moto Z handset in town and by town I mean China. It’s the Moto Z 2018, that just debuted, as localized version of the Moto Z2 Force, with a different name and some specs differences. 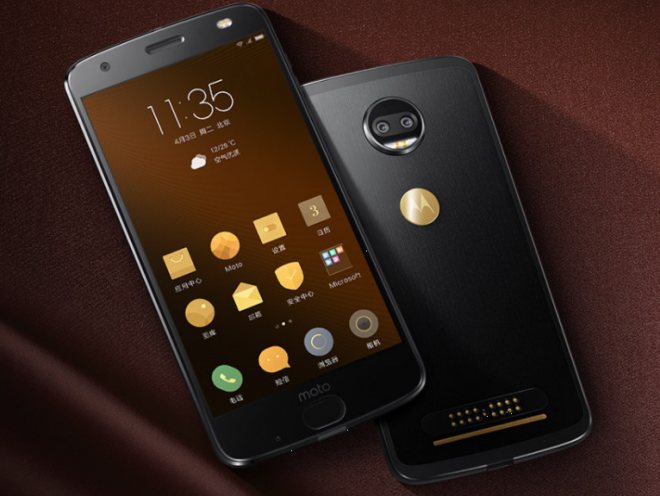 The smartphone is made of aluminum series 7000 and it packs a 5.5 inch AMOLED ShatterShield screen. The phone is almost identical to the Z2 Force, sporting the same brushed metal design, all around antenna lines at the back and the new type of connector pins for the modules. The big change is in the logo, with the batwing black one replaced with a gold one. 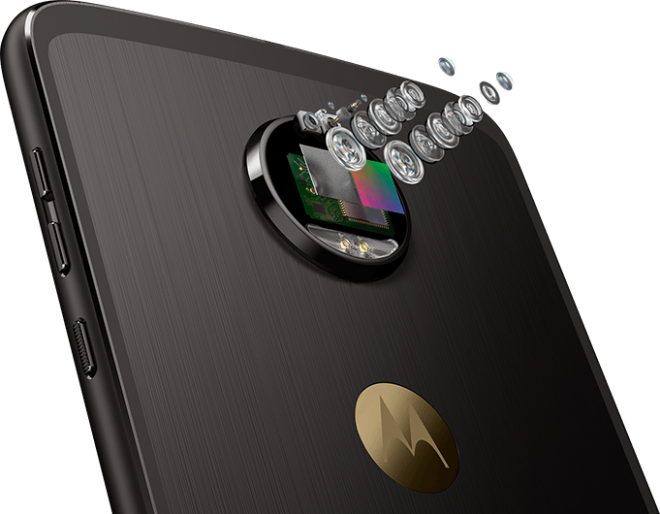 Moto Z 2018 features 6 GB of RAM, 128 GB of storage, which are upgrades from the regular Z2 Force. There’s also a Snapdragon 835 CPU inside, a microSD card slot and a dual Sony IMX386 12 MP set of cameras, a monochrome and RGB one. Selfies are being taken with a 5 MP shooter and there’s also an LED flash in the mix. There’s a 2730 mAh battery here and Moto also throws in a bundled 3490 mAh Moto Modwith TurboPower abilities, plus a Moto Style Shell with wireless charging. 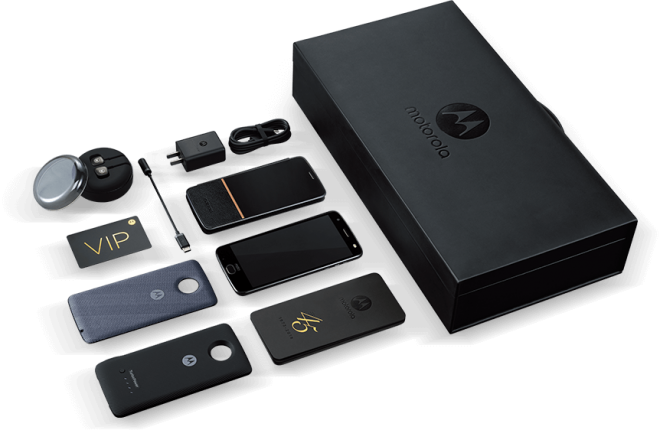 Android 7.1.1 is the OS of choice and we’ve also got an USB Type-C port. Motorola also announced its first USB Type-C headphones, of the in ear variety. Then there’s the exclusive Kingsman VIP Special Edition of the Moto Z 2018, also sold in China, with a special briefcase-like packaging, a VIP card, TurboPower battery mod, wireless charging mod and leather flip case.

There’s a 45th year anniversary notepad, the USB-C HiFi headphones and all of those go for $1500.