There are new rumors floating around concerning a new Motorola phone, a 4G LTE device ready to debut on Sprint. It’s most likely the Motorola Photon Q 4G LTE handset that was announced last month with a sliding QWERTY keyboard and now it’s ready for an August 19th launch in shops. 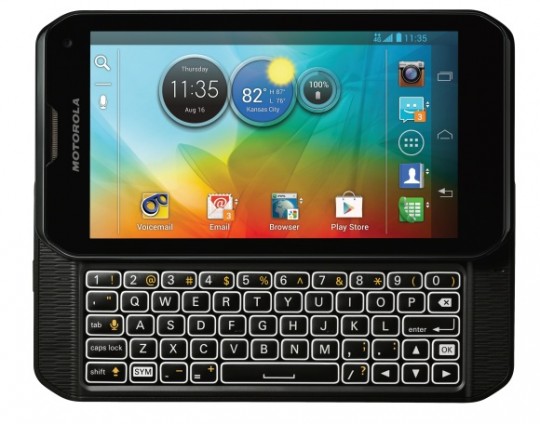 Aside from the slide out QWERTY keyboard and 4G, you may be interested in the fact that this Photon is supposed to be the first handset from Moto with an easy to unlock bootloader. Motorola is famous for being tight on this area for years now, but with Google buying them, they must have mellowed out. The device will come with a 4.3 inch HD screen, Android 4.0 ICS and the slide out QWERTY keyboard I already mentioned, possibly the selling point of this unit.

Under the hood there’s the same 1.5 GHz dual core CPU that powers the Galaxy S III and many other devices out there, such as the HTC One S and ASUS Padfone. So, are you interested in buying a slider in 2012, the year when Google Glasses are fancier than keyboard input?