Motorola’s Photon Q Android smartphone is supposed to launch in the second half of 2012. This phone is pictured below and it’s a LTE device for the US market. 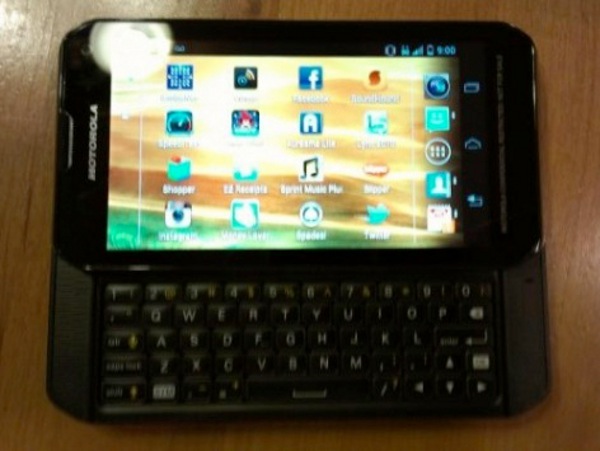 We’re dealing with a QWERTY slider here, a rare format in these full touch days. The info about the debut of the Photon Q didn’t come from Moto, but from Sprint CEO Dan Hesse. The specifications haven’t been confirmed, but based on previous leaks and rumors the device is supposed to have a 4.3 inch display, on screen navigation buttons instead of physical buttons.

The OS is Android 4.0 ICS here and the CPU, camera resolution and the presence of MOTOBLUR are unknown right now, but that 5 row keyboard certainly looks appealing if you ask me. I have a feeling that inside this model there’s a dual core CPU or maybe even single core, if they want to keep the price low. It would be cool to have the Snapdragon S4 on board.