Motorola Q11 just got its official little corner on Motorola’s webpage. Still, this gives no hint on things that customers might be interested in, such as when it will be available for purchase, from which operator and also the small detail of price. 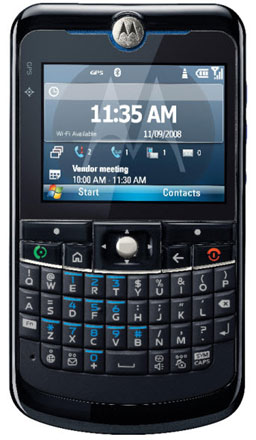 The phone is equipped with a 3 megapixel camera, but surprisingly no 3G. The full QWERTY keypad would have probably been better used in connection with a high speed connection, but let’s not spend too much thought on that.

There is also Bluetooth 2.0 included, and a MicroSD card slot, but that’s nothing impressive. Motorola Q11 also comes with a 320 x 240 pixels resolution display. The included GPS adds some charm to the phone, but won’t seduce anyone either.

All in all, Motorola Q11 looks like a dull upcoming, which could satisfy potential buyers only through a small price for its average performances. We won’t know for sure how much it will cost, until it hits the market sometime in December.